Email ThisBlogThis!Share to TwitterShare to FacebookShare to Pinterest
In the last few month cinematograph lost some very talented actors and directors, who acted in and filmed great movies like "Bonnie and Clyde" (1967),  "Some Like It Hot" (1959), "The Invisible Man" (1933), "Titanic" (1997). Their talent can’t be underrated. That is why I am going to write about life, movies and contribution in cinematograph of Tony Curtis, Arthur Penn and Gloria Stuart.

I love them for their greatness and wish them Rest In Peace. 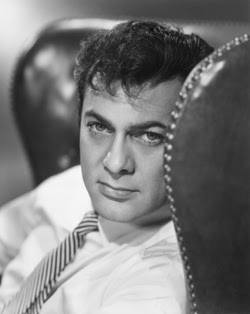 Firstly, I want to write about Tony Curtis.
He has lived one brilliant, exiting and long life. He began his movie career with a film noir “Criss Cross” (1949), appearing in one key episode as dance partner of Yvonne De Carlo. Since then Tony played in many noirs, until he become incredible famous all around the world thanks cult comedy “Some Like It Hot” in 1959. I think fast everyone knows it. He portrayed one of musicians, who had to dress like women to escape from gangsters. His lovely Josephine was brilliant. Tony was great in both appearances – as a millionaire and sweet lady (almost lady). Some episodes with him are unforgettable. Also his duet with Jack Lemmon was so hilarious. 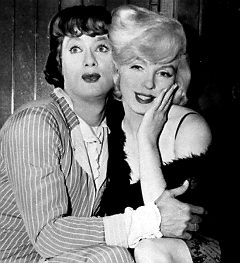 Other famous movies, Tony starred in, are “Spartacus” (1960) directed by Stanley Kubrick, “The Great Race” (1965) played with Jack Lemmon and “The Boston Strangler” (1968). In “Spartacus” he is courageous and fearless, in “The Great Race”- charming and in “The Boston Strangler” he is so dramatic!
Curtis’ private life was full-filled with marriages (6 times!). And his last wife was so much younger than he. Tony experienced a son lost in 1994 and sad that he will never recover of it. But still he had one son and four daughters; one of them is Jamie Lee Curtis, who is very famous in Hollywood. Also famous actor had some problems with alcoholism and drug abuse. And he had recovered.
The “Empire” magazine republished one long interview with Tony Curtis, dedicated to his death. The interview includes all parts and periods of Tony's life. It is an honest talk about everything.  Here are some quotations, which I found the most interesting (no logical order):
-          You were always known for having an eye for the ladies.
Thank God. Better that than an eye for the man. Oh, Jesus, wouldn’t we be in trouble? (laughs) Yeah, I womanised my way through life. There wasn’t a girl I saw that I didn’t think would make a great lover. They try to make you feel less than what you are if you are a womaniser. I don’t want to be a man-iser.
-          Moving on, in the mid-50s, you started a terrific run of movies. Sweet Smell of Success was your third collaboration with Burt Lancaster.
Clifford Odetts wrote it. If you ran a movie backwards, you would see that the actor gives what the writer wrote its vitality, its strength, its madness, its sweetness. It’s got nothing to do with ego. Every actor could read that part and come up with a different approach to it. In every one of those movies, I decided to make it my own. My own sense of who I was was working its way out. Wake up one morning, and you were Sidney Falco. Or you’re Albert DeSalvo, the Boston Strangler. You change your hair, your nose, your clothing, different dialogue, make the lights softer, you walk slower. Cary Grant told me once that the way you judge a great bottle of white wine is that when it’s chilled, it tastes like a cool glass of water. It’s so artful that it’s artless. I instantly drew that to my profession. You’ve got to do it so cleverly it looks artless.
-          So you wouldn’t accept an honorary Oscar now?
I don’t think so. Where were they when I needed them? I don’t want to sound like… (pause) No, I’m sorry, why wouldn’t they acknowledge me? If it’s because I’m not a good enough actor, that’s ok. At this time in my life, I don’t want anything eating my stomach, because all those bad guys are all gone now, so what am I gonna do – scream at the sky? 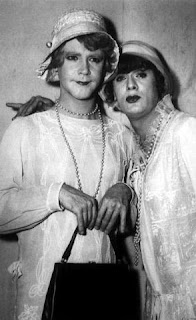 -          Let’s talk about Some Like It Hot. It would be remiss to not start with Jack Lemmon…
Jack and I were friends. We would hold each other’s hands between shots, and laugh.Yes. Tremendous loss. He was a wonderful friend. I went to his memorial service, and all of these actors got up and talked about him, and everybody misses the point. The point is, he was human. Like I am. I don’t put myself in the same league as him, but we were both human. We were friends. We would hold each other’s hands between shots, and laugh.
-          To your mind, is Some Like It Hot the best film you’ve ever been in?
It’s one of the most outstanding movies I’ve made. It was a very complicated role. I played a straight man, I played a comic, I played a woman, I played a saxophone player, I played a millionaire, I played a little bit of Cary Grant as well. When the picture was over, Billy Wilder ran the picture for Cary, and said, ‘Well, how did you like Tony’s impression?’ and Cary said (lapses into perfect Cary Grant voice) ‘I don’t talk like that!’ (laughs)
-          And working with Kubrick?
Kubrick had an eye for the way he set up the camera. He had us coming in before we were supposed to. An actor would say a line, and before he could finish it, another actor would say his line. So it was very spontaneous sounding. It had a roll and a spill to it, very much so artful it was artless.
-          But after that came the 70s, and drug addiction…
I was in excellent condition, right up until I stopped making those physical movies. That became difficult for me because I was unable to maintain myself, and that was when I started using substances. It kept my weight down, but I fucked myself up badly.
-          It’s funny how things come full circle.
Yeah, that’s going to open in Houston in the brand new theatre complex they’re building, in May next year. Can you imagine at this time of my life that I would get an opportunity like that? That’s like winning the Lottery.
-          And you get to say “nobody’s perfect!”
(laughs) At long last! It’ll be on my gravestone. ‘Tony Curtis: Nobody’s Perfect’.
Interview by Chris Hewitt
If you are interested in you can read full interview here.
During his life Tony played in 183 different movies and every time he gave a part of his heart to his characters. And now, after he is gone, we can always bring him back by watching his movies and remembering his contribution in cinematograph.
He will always stay in my heart.
Posted by ElenaStr at 13:04

Poll: The Most Anticipated Films of 2012

Dear John Williams (my open letter to the great composer) 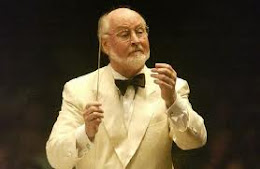 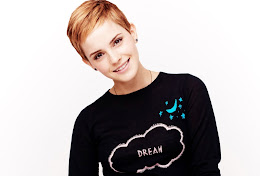 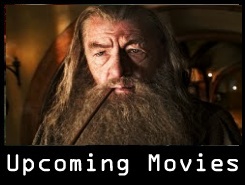 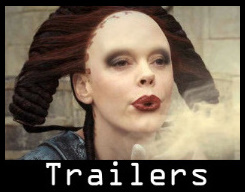 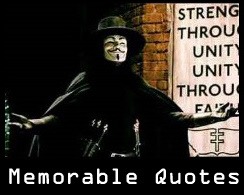